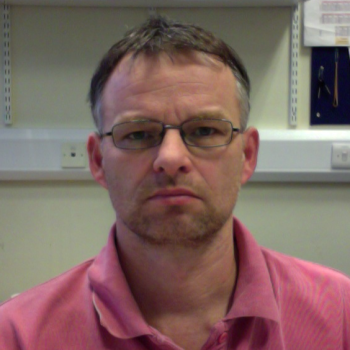 I am a molecular/cell biologist with a long-term interest in the control of immune cell signalling in health and disease. I have been working at the University of Sheffield since 1998 as a postdoc and Research Fellow, and as an academic since 2003.

During the last two decades, I led several cDNA library screening projects in mammalian cells that aimed at identifying previously unknown components of innate immune/inflammatory signalling, using cell-based reporters that respond to inflammatory stimuli. Some of the novel genes we have identified in these studies included the family of Tribbles pseudokinases that have now been shown to control myeloid cell function and more recently TMEM203, which we have shown to regulate the activation of type I IFN. TMEM203 acts via the control of STING protein, which is a major intracellular sensor of RNA virus infection, a particularly timely topic as a result of the current SARS-CoV-2 pandemic.