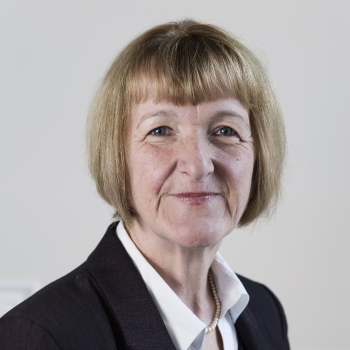 Director of the Institute of Inflammation and Ageing

Janet Lord is Professor of Immune Cell Biology and director of the Institute for Inflammation and Ageing at Birmingham University. She is also director of the MRC-Versus Arthritis Centre for Musculoskeletal Ageing Research. She is a theme lead in the NIHR Birmingham BRC in Inflammation. Her primary research focus is in the effect of ageing upon immune function and how this limits the ability of older adults to resolve inflammation and predisposes them to chronic inflammatory disease such as Rheumatoid arthritis. She also researches the link between chronic systemic inflammation and physical frailty in old age and chronic disease. In 2013 she was awarded the Lord Cohen of Birkenhead medal for her outstanding research in human ageing by the British Society for Research in to Ageing. She was elected a Fellow of the Academy of Medical Sciences in 2015.