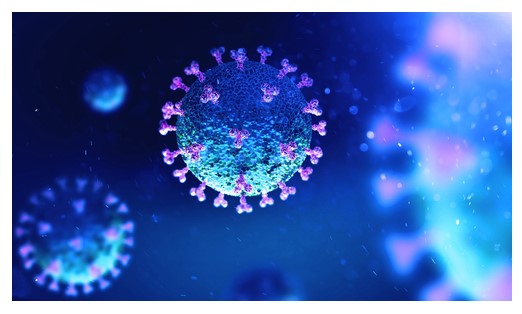 Working-age adults with a prior infection of SARS-CoV-2 may be protected from reinfection for at least six months, a new paper published in the Journal of Infection suggests. Researchers from Newcastle University followed a cohort of 11,175 healthcare workers between the first and second waves of the pandemic in the UK, and found that none with evidence of a previous infection (positive PCR or IgG test) in the first wave had a positive symptomatic test in the second.

Research has started to suggest some level of protection from reinfection with SARS-CoV-2, and there is evidence of protection for up to 12 months following infection with other seasonal coronaviruses. However, we still do not know what level of protection is bestowed or how long this protection might last. This is important as we do not know if the many people infected with SARS-CoV-2 in the first wave are likely to be at risk of reinfection in the near future. Healthcare workers are also a useful cohort to follow due to their relatively high risk of infection and the fact that many have received symptomatic testing from early on in the pandemic.

The researchers observed no symptomatic reinfections in the group of healthcare workers who had previously tested positive for SARS-CoV-2; while 12.3% of the group presented with symptoms during this time, none received a positive test result. In contrast, 20.8% of the control group were tested and 2.9% were positive. This suggests some level of protection from reinfection at a later date.

There were no significant differences in age or gender between groups, however those testing positive were more likely to be from BAME backgrounds or to score lower on the index of multiple deprivation. Of note, fewer HCWs from the prior infection group presented for symptomatic testing.

The authors note that this work does not specify the nature of immunity gained from prior infection, and further research should focus on the durability of immunity and the immune correlates of protection. They also note that this study does not account for asymptomatic cases, as healthcare workers were included in the cohort based on presentation for testing following symptoms of COVID-19.

Dr Christopher Duncan, Wellcome Trust Clinical Research Career Development Fellow at Newcastle University, and author of the paper, said, “Our data showed that reinfection with symptoms was unlikely in healthcare workers who had experienced a confirmed SARS-CoV-2 infection up to 6 months previously. This suggests that immunity to SARS-CoV-2 did develop, at least in this population. It is not yet know how long immunity might last, whether it extends to asymptomatic infection, or whether it applies to new variants of the virus. It remains crucial to follow public health precautions to limit transmission of SARS-CoV-2. A key question, currently being addressed by UK-CIC investigators, is what is the nature of the immune response that underlies protection."

The full publication can be found here.